Although a bit barren in January, Glacial Park Conservation Area offers 3,432 acres of recreation including a wide array of prairies, wetlands and savannas.  There are over eight miles of hiking trails with a beautiful backdrop of hickory trees, oak trees. and wildflowers. It is the home for over 41 species of state endangered animals and plants.

Trekking the Interpretive Nature Trail On this 2 mile trek, call  the edge, you will search for owls, deer, wood ducks and blue birds.  This “edge” offers the perfect combination of of both woodland and grassland which is exactly what these animals need.  Many types of berries, nuts and seeds are available. 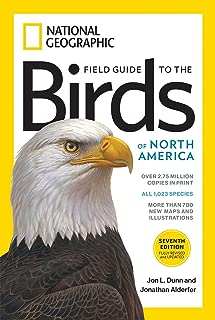 This open woodland is a savanna, hosting plant both native and non native to the area.  Some of the plants include bottlebrush grass, joe pye weed, and mayapple.   The green plants here produce their own food by trapping the energy of the sun.  They then support a wide array of organisms throughout the savanna. Here there is a very healthy ecosystem and therefore a vast biodiversity.

12,000 years ago glaciers were in this park.  After leaving they left the land shaped into unique land forms and bringing rocks and till from Canada.   Because of so much till, the bedrock was buried and after breaking down, plants were able to grow in this new fertile soil.  This area then became of the top regions for agriculture.

Here are a few other great resources.

This 117-mile crown jewel is the seventh-longest rail-trail in the U.S. and the longest trail in Kansas. It follows the general route of the Santa Fe National Historic Trail and is a component of the coast-to-coast American Discovery Trail.

The trail crosses the Flint Hills, one of the last remaining tallgrass prairie ecosystems in the world. It is home to abundant prairie plant and wildlife species, spectacular views, national historic sites, and a diverse set of recreational areas. On eastern portions of the trail, hikers and bikers travel along the Marais Des Cygnes River, between rushing waters and towering bluffs, through rolling farmland and riparian woodlands. Trail-goers can enjoy the sites and hospitality of more than 12 rural communities across five counties.

The Flint Hills Nature Trail is built on an old railroad corridor. The route was originally developed in the late 1880s, as the Council Grove, Osage City & Ottawa Railway. It later became the Missouri Pacific Railroad.

MoPac discontinued railway service on the line in the 1980s, and subsequently abandoned. The Rails-to-Trails Conservancy acquired and railbanked the corridor in 1995 and later transferred ownership to the Kanza Rail-Trails Conservancy.

The KRTC has been developing the trail in sections, where volunteers have been available, and where grant funding and donations have permitted the old corridor to be refurbished.

It’s a  17,441 acre playground lying just to the south of Osage Beach. Lake of the Ozarks State Park is Missouri’s largest and can provide a pleasant diversion while vacationing in the Lake area. The park has 85 miles of shoreline and two public beaches, plus boat launching areas.  The Grand Glaize Arm of the lake dissects the park with over 85 miles of shoreline.

Discover unusual natural features along the park’s lake shore on Lake of the Ozarks Aquatic Trail . This unique “trail” designed for boaters has stops marked by buoys. A free booklet keyed to these buoys explains the significance of each of the 14 marked shoreline highlights. It is available at the park office.

Naturalists present programs in an open air amphitheater from May until mid October, featuring slide shows or movies about natural features found in Missouri¹s state parks. Guided hikes and a variety of other programs are provided as well.

Many lake visitors escape the summer¹s heat by exploring 56° Ozark Caverns. Follow Highway A (between Osage Beach and Camdenton) for eight miles and follow the signs. After paying a small fee, hand held lanterns are provided which enhance the sense of discovering a whole new world of underground beauty. The spectacular Angel’s Shower, a never-ending flow of water which seems to fall from the solid ceiling of rock into two massive bowl shaped stone basins on the cave floor, is one of the many features pointed out by your guide. Unusual animals, adapted to this world of darkness, can be seen as well.

Ozark Caverns Visitor Center opened in 1987 and helps visitors understand the cave environment. The one mile Coakley Hollow Self-Guided Trail near the Visitor Center takes visitors through one of the most scenic and naturally diverse parts of the park. This is one of ten trails in the park.

Summer or winter – the Volo Bog is a place for discovery.  Located in Northeast Illinois, the bog sports a half mile walk on a boardwalk (similar to a pier) and an approximately three-mile trail with views of the tamarck forests.

After the end of the last Ice Age, a chuck of retreating glacial ice lodged itself deep in the ground at what is now Volo Bog. Several thousand years later the remnant lake began to fill with salt and vegetation, creating the wetlands present today.  The Volo Bog is technically known as a quaking bog because vegetation floats atop the open water….that is in the spring, summer and fall.  The boardwalks you see here, take you directly over the frozen wetlands which are very near where you are stepping.