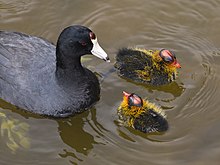 5 thoughts on “Birding in Illinois in April”